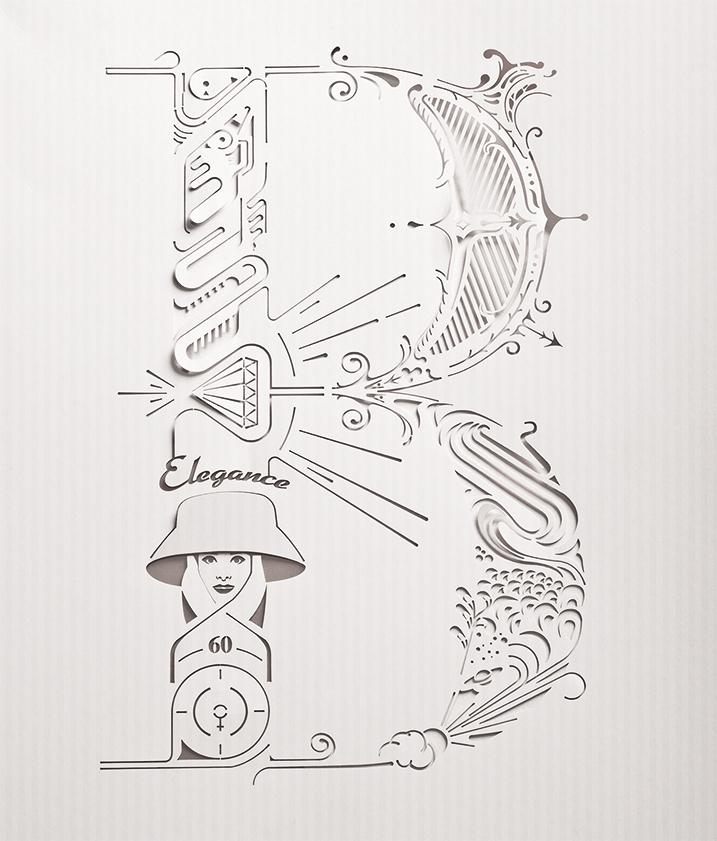 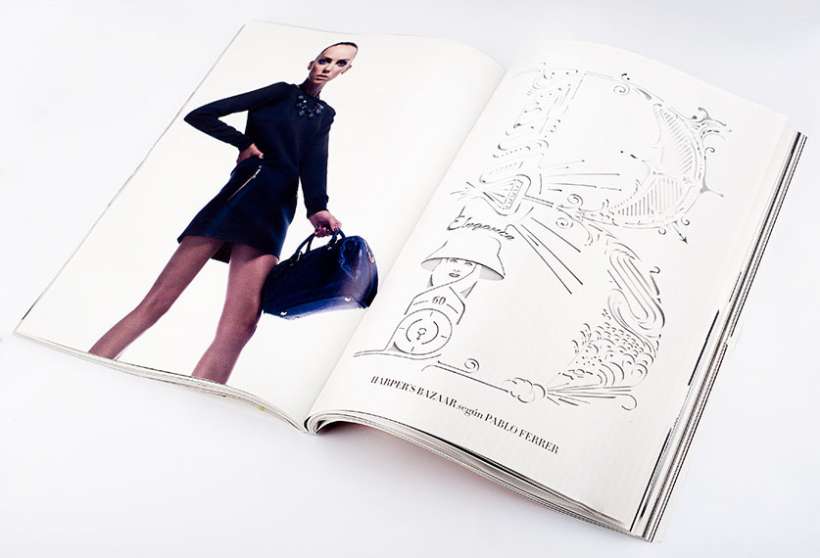 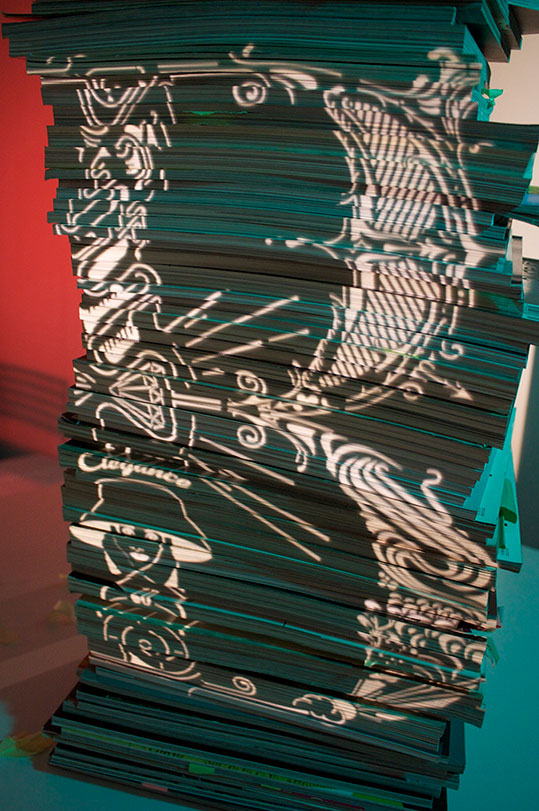 Each month the magazine Harper ‘s Bazaar edits a showpiece inviting designers and artists to interpret the iconic B of Bazaar by forms , photos, etc. .

Mola Studio decided to use this channel to make themselves known and promote their creative abilities due to its wide dissemination as artistic reference and prestige.

They created a unique piece, a picture that represented a journey through the history of the publication since its inception in 1867 until today.

Dividing the B into four sections, the illustration shows the classicism of the early, the organic forms of psychedelia of 60-70 years, the geometrical and technological forms of this stage and finally a reference to the cover with the portrait of Audrey Hepburn photographed by Richard Avedon a major milestone as fashion icon.

In October the magazine contacted Mola Studio and chose his interpretation of B for the edition number 31 of December 2012.

Harper’s Bazaar has a monthly circulation of 100,000 copies and is distributed throughout Spain being a reference in the world of trends and fashion.